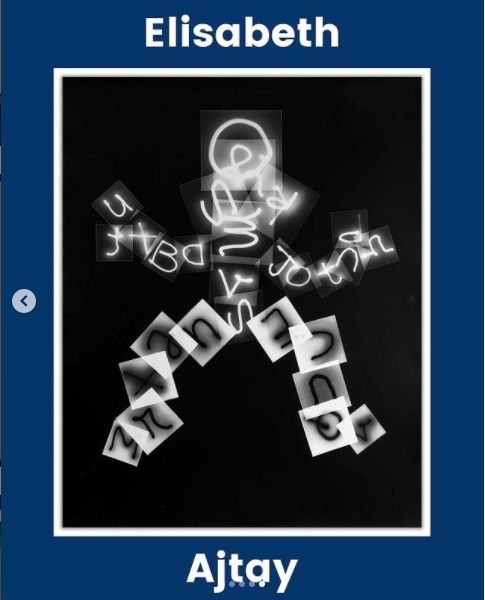 I am thrilled to have been selected as a finalist for the Fall 2020 Individual Artist Grants by jurors Christine Koppes, Curator and Director of Public Programs San Jose Institute of Contemporary Art and Jade Powers, Assistant Curator, Kemper Museum of Contemporary Art.

Visit hopperprize.org to explore my portfolio and that of the grant winners and shortlisted fellow artists.

Read the full online interview here or below.

How did you get into making art?

I began drawing around the age of nine. I recall the corridor that connected two apartments in our first home in Germany, and how the walls were covered by the drawings my twin and I did. When I was sixteen I purchased my first camera and began to shoot, mainly our many trips to Cluj, in Transylvania, Romania. The urge to document that which was left behind, to “conserve” memories of a life that will never be again, was what triggered me to take photographs of the city and the way people lived and I “used to live”. Once I got closer to high school graduation, I had more and more interests I wanted to delve into. I wasn’t so sure anymore what to study, which path to choose.
So I decided one year prior to graduation to move to Budapest, Hungary. My Hungarian language skills had almost vanished at that point. I was at a confident “kitchen” level, as I call it which means I was able to communicate the basics necessary for daily life. “My goals in doing this were twofold. First, I wanted to improve my Hungarian language as close to perfection as possible. Second, I saw this as an opportunity to help me discern and decide which of my many interests to pursue. I thought that putting myself into a fairly “neutral” situation where I’d be on my own would force me to look inside and listen to what wants to surface. ”
That is exactly what happened. As soon as I arrived in Budapest, I began to learn and experiment in nearly every artistic field and medium possible, like drawing, dance, photography, graphic design, painting… and have continued ever since.

What are you currently working on?

Currently I am in a phase of introspection and thinking. I have several projects that will need to be completed but I can only proceed once I know what the project requires me to do next. I am also planning a collaboration with an artist friend of mine, which I am very excited about.

What inspired you to get started on this body of work?

As an artist, a migrant and a nomad (to some extent) I learned to absorb and listen to my surroundings, as well as to what is happening in the wider world. Arriving in the U.S. a decade ago to do my MFA was a very profound change and I was not really equipped to face the cultural shock I faced. I began this body of work in 2014 by playing around with my camera, trying to write with the full moon. It was a natural progress from a previous body of work. The political situation of the past years, especially, but not only in the U.S., was awful and deeply disturbing to me to witness. If you spend a part of your life in a dictatorship, and generally in more than one society, you might the signs of future developments at a much earlier stage. Former president Donald Trump’s election did not happen over night. The nationalism and racism in the US was always there and it was just a matter of time until it would fully surface. Having faced daily the verbal atrocities of the Trump administration and how it seemed to encourage other national movements in Europe, was deeply disturbing and frightening. Remembering people’s fear in the dictatorship under Ceausescu in Romania put me into a space out of which, over the past decade, my “Dark Series” evolved. The main actress within the series is the moon. At some point down the journey, I created my moon alphabet by tracing the moon. Realizing that actual writing was not the best method for the photograms, the work navigated more and more towards an analysis of language and its many facets that can destroy or heal at a blink of an eye.

Do you work on distinct projects or do you take a broader approach to your practice?

My work is quite conceptual in nature and it involves a lot of research, so I do work on one project at a time. I also take into account where I am in space and time (I just left the West Coast two years ago to come to NYC), and what these surroundings offer me that might become relevant for my work. It typically takes me at least a year to finalize a project. I work with a lot of objects that I find or that repeatedly cross my path. I often have an intuitive urge to collect such objects, without a set idea at first. As I engage with them and research and reflect on their methods of production and purpose for us humans, the idea crystallizes more and more. Due to this process, I might have simultaneous thoughts that evolve into other projects. I either hold on to them and do a first sketch, visually or in writing, or I let them go.

In the past two years I moved from San Francisco to New York and have not had a proper studio in my daily life. Fortunately, during this time I was accepted to two residency programs where I had access to a studio and was able to finish this body of work over the period of two intense and fruitful months.
After last year’s developments, I am getting back on my feet and look forward to having a studio again later this year.
When I have a studio, a typical day for me involves going to the studio in the morning and sitting with the work on the wall, or the empty space, depending on where I’m at with the work. The space becomes very chaotic and crowded within a short amount of time, as I experiment with mediums, attach my research results and thought snippets to the walls. I need this chaos and cross-references in the space to materials, ideas and processes in order to extract from it the work that most corresponds with what I intend to say.

Who are your favorite artists?

O my! There are so many that I don’t know where to start. My very first influences that I still feel today are from Art Nouveau in Europe, Camera Work’s artists and in general the eastern and western European art movements, since that is where I am culturally rooted. In San Francisco I learned a lot about local artists and American art, which to me is art created after World War 2. I fell in love with Robert Rauschenberg, Felix Gonzales-Torres and Jay DeFeo. Our digital interconnectedness today allows me to see beyond the western art world and develop an understanding for commonalities and differences in countries and continents that would have been outside my visual reach a couple decades ago.

Where do you go to discover new artists?
I still love visiting museums and galleries; if not possible in person, then via their websites. Movies, dance and music have an equally big part in my life; And books! I am inspired mostly by non-fiction books, philosophical or sociological in nature. Currently I read Flusser, Said and Morrison.
With the virus holding us locked into our spaces I was not able to go to museums. Though I am not really fond of Instagram, a love and hate relationship describes it just perfectly; I just signed back up a year or so ago. I do follow artists on there whose work I like. If I am genuinely drawn to someone’s work, I visit their website for more in depth information.

Elisabeth Ajtay is an artist based in New York who was recently shortlisted for The Hopper Prize.
To learn more about the artist:
Explore Elisabeth Ajtay‘s finalist portfolio
Visit the artist’s website at elisabethajtay.com
Follow their Instagram @derohus