So the Red Rose / Wo Bitte Geht's nach Arkadien? /2 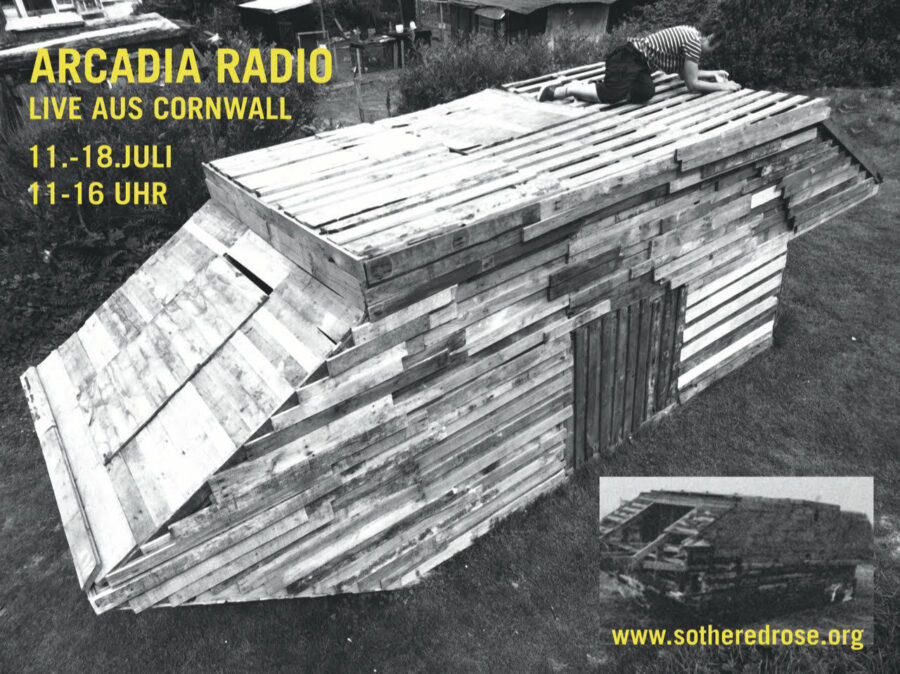 Artists Derek Tyman and Andy Webster are interested in the potentials for music, certain key recordings and related structures to act as platforms to reimagine what future life might be like.

For their project So The Red Rose they have used the photos of the Arkadia as a guide to reconstruct Vanda Chan’s storm damaged houseboat by the coast in Cornwall, England***. They have invited artists, musicians, composers and curators to respond to Chan’s story, the imagined reconstructed house-boat, and to produce their own recorded audio journeys.

These audio journeys will be broadcast from Cornwall daily, to the Kunstverein, Ebersberg, and from there to the public as part of the Arkadien Festival “Where is the way to Arcadia please?”. The tannoy used for the broadcasts in Ebersberg was formally used on the The Berliner Fernsehturm.